I met Elana Taubman during our sophomore year at the University of Michigan in Environment 270, taught by Ivette Perfecto. Throughout the semester, Ivette continued to return to a focus on the urban/organic agricultural revolution in Cuba, which she pointed out has occurred as a direct result of the Soviet blockade. Being cut off entirely from outside resources, notably food, fertilizer, and pesticide imports, forced the island to develop a self-sustainable food system to feed its residents.  The Cuban example got Elana thinking about urban agriculture and its potential impacts on development and food security. 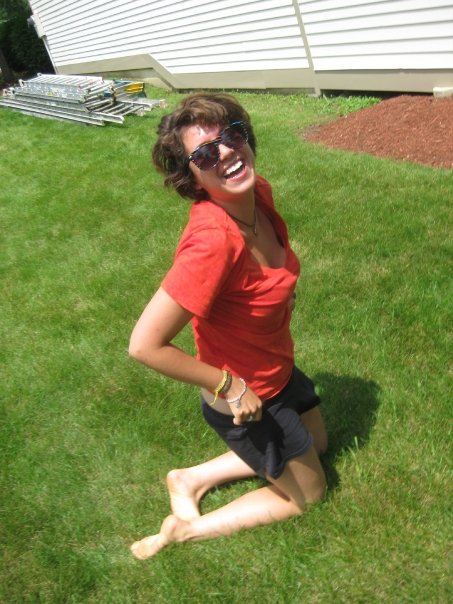 During her semester abroad in Costa Rica, Elana did an independent project on food systems, studying farmers’ markets and urban agriculture in San José.  She interviewed farmers’ market managers and vendors at the San José central market with the intent of finding out where food was coming from. She was surprised to find out that the local food system in Costa Rica was not nearly as developed as she had imagined it would be, and that much of the available produce had come from Panama, Mexico or Nicaragua. She noticed that there were a lot of people doing little things for the local food system, but says there was nothing resembling a movement. “Now that Costa Rica is part of NAFTA,  it can get potatoes super cheap from Nicaragua, so it doesn’t need to rely on local agriculture for produce,” Elana explains.

“People in San José are very into the idea of the ‘American Way of Life,’ which to them means being a middle-class worker and getting away from farming roots,” she says. Almost everyone in the city had front lawns but would not grow anything and preferred to buy their food from a grocery store. She noticed that the only people that really got in to gardening were those who lived far from a grocery store, and thus did it out of necessity. “It’s a sensical trend,” Elana says. “If you need it, it will happen.”

Upon her return from Costa Rica, Elana spent this past summer interning on East New York Farms! in Brooklyn, in the middle of a food desert. The urban garden employed exceptional youth interns who got to learn all kinds of different skills through gardening, composting, and selling produce at the farmers’ market twice a week. Produce from the garden was sold very cheaply at the local farmers’ market. “It was really cool because I don’t think the people in East New York would have had the vegetables had it not been for us,” Elana notes of the garden’s success in the area.

Elana’s experience begs the question– Do we need a food desert to make local and/or urban agriculture a necessity and thus to develop a movement? What do you think?