A Sliver of the Sweet Life: DC Restaurants

Concerns such as transparency and accountability may not be forefront within the halls of government but they certainly are when government goes to dine. 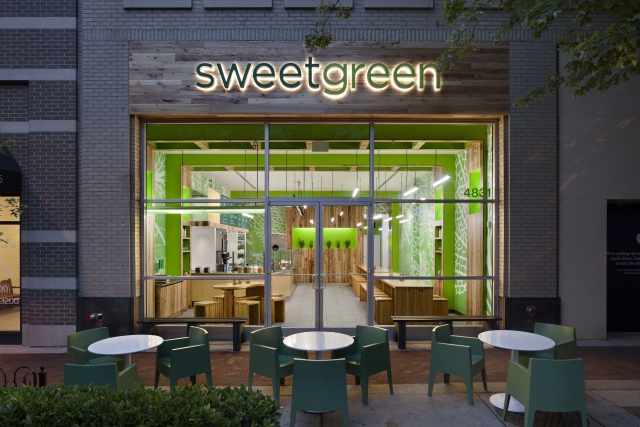 Sweetgreen
Touted as “an ecofriendly salad-centric resto” in Daily Candy, Sweetgreen has taken DC by storm. First opened in DC in 2007 with a blizzard of media attention: US Weekly for healthful organic munching, ArchitectureDC’s accolades for Sweetgreen’s award for Sustainable Design, and the Washington Post’s review of the inaugural Sweetlife Festival 2011, to name a few.

This media attention is richly deserved. As Bo Burlingham of Inc Magazine talks about in his book, Small Giants, certain establishments have a palpable mojo – and Sweetgreen’s got it. From the warmth of the recycled wood for walls and benches, vibrant green leaf-esque designs on the walls, and the line of passionate salad co-creators that will walk you through their organic offerings – this is a place for health, for salad, for lunch & dinner weekly. Communal benches or small tables made from recycled wood add to the common joie de vivre.

Nicolas Jammet, Jonathan Neman, and Nathaniel Ru spent their undergraduate years at Georgetown tired of food options near campus. Their desire to create a haven for daily eating bloomed into Sweetgreen with 8 locations in the DC area and 2 more in Philadelphia. According to Jammet there are plans for expansion within their current markets as well as into new territory.

Do you choose one of their 8 signature salads? Or do you take the plunge into the make-your-own salads and wraps? A selection of greens to start – then an overwhelming choice of veggies from standbys such as cucumber and chickpeas to spicy organic quinoa or fennel – then goat cheese from Firefly Farms or perhaps tofu from JC Bean Sprouts – finally to the crunch and dressing arena – all tastes are covered.

Last, and some would say first and only, is the organic yogurt from Stonyfield Farms, “branded Sweetflow, [marrying] the texture of soft serve with the sharp tang of Greek yogurt,” according to the Washingtonian.com: Best Cool Treats. Sweetflow hits the streets with their Sweetflow Mobile Truck (you can find them at @SweetflowMobile on Twitter).

As Jammet shares, “traceability and transparency is a big part of our success. We serve a very educated consumer. Our messaging is very transparent – the customers have a lot of trust in us and they want to eat with us. Real Time Farms is good way to explore eating healthy, locally, and to eat organic!”

A view of Equinox from the main dining room to the glass enclosed atrium.

Equinox
The Restaurant Association of Metropolitan Washington (RAMW) has been a mainstay of the Washington dining scene since 1920 and they give awards, dubbed RAMMY awards. Two weeks ago, Chef Todd Gray of Equinox was awarded Chef of the Year at the RAMMY awards. This is the fifth coveted RAMMY award Equinox has garnered since its lauded opening in 1999 (including best new restaurant, best pastry chef, manager of the year to Gray’s wife and business partner Ellen Kassoff Gray, and best fine dining restaurant).

The RAMMY awards joust for space on a mantelpiece already groaning with salutations for excellence and fine dining. The awards are rivaled only by the media attention Equinox has garnered over the years from the Today Show (for recipes) to CNN (for Chef Gray’s work with school lunches). Equinox was described by The Los Angeles Times as “a chic and sleek restaurant…an established staple” and the beginning of the Obama’s love affair with Washington restaurants.

Chef Gray’s long relationship with area farmers and his and Kassoff Gray’s commitment to local sourcing means the restaurant receives food from a smorgasbord of different farmers and suppliers. 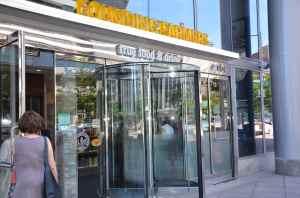 Founding Farmers
The first LEED Gold Certified restaurant in our nation’s capital opened September 2008. A 2011 RAMMY for Best Beverage/Mixology Program joined the many awards Founding Farmers has garnered, including many for its green and sustainable practices. This 100% carbon neutral restaurant goes the extra mile to address all facets of the guests’ experience. Even the way Founding Farmers approaches educating their diners – offering both a comfortable book nook one can sit and thumb through titles by authors Michael Pollen and Vice President Al Gore, as well as scannable QR codes on the rotating crop list placed on each table – shows their commitment to great service.

Founding Farmer’s latest venture is establishing an urban apiary in collaboration with George Washington University to provide honey to the restaurant once the hives are established. The hives are “a natural extension of Founding Farmers’ mission to minimize its impact on the environment through sustainable practices,” says Dan Simons, Concept Developer and Managing Partner of the restaurant. The six beehives and their inhabitants will be studied by the Biology Department and Founding Farmers set up an annual scholarship for an undergraduate student to tend for the hives.

Owned by the 42,000 family farmers of the North Dakota Farmers Union, Founding Farmers has created a menu as varied as the nation’s landscape. Yankee Pot Roast rubs elbows with Shrimp & Grits. All of their pasta, breads, dressings, and desserts are made in house.

State Dinner in the Rose Garden

A very special thank you to Eddie Gehman Kohan of ObamaFoodOrama for all of her help!

Shoutouts to…
Againn
For serving banana toffee pie and for having a pig charcuterie map on their shirts, this contemporary British Gastro-Pub makes their own charcuterie. Chicken Liver Mousse, anyone?

Bar Pilar & Cafe Saint-Ex
Chef Justin of Bar Pilar welcomed me back to his kitchen as he was peeling onions just in from Tuscarora Organic Growers Cooperative. What are you going to do with them, I asked? “I never know, we will have to see what works!” He smiled gleefully before sharing with me why tomato puree was being filtered through cheesecloth behind him, “it makes a more intense flavor.”

Coppi’s Organic Restaurant
As Carlos Amaya, the owner says to me, “I don’t only source from the farmers markets, I talk to the farmers in January and we go through their seed catalogues together.” The relatively small prep area at the back of the dining room is the extent of the kitchen – the only oven is the wood fired oven.  Transparency and trust are the name of the game, as Amaya talks about juggling incoming ingredients: “four of my farmers have keys to my restaurant to drop off their produce, I’ll come in the morning and there will be produce waiting for me on tables from their early morning deliveries.”

Sonoma
From their recent Tuscarora Farm Dinner, to the many farm dinners where they showcase their suppliers, Sonoma is solidifying its place for transparency and great sourcing on the Hill. Chef Mike’s menu features, “local pork, local lamb, local beef” instead of listing cuts – because you never know what will be available from day to day.

This entry was posted in At the Table (eateries) and tagged Corinna Borden, Real Time Farms, restaurants, Washington DC. Bookmark the permalink.

2 Responses to A Sliver of the Sweet Life: DC Restaurants