The Food Cyclist: Exploring Our Nation’s Farms on Two Wheels 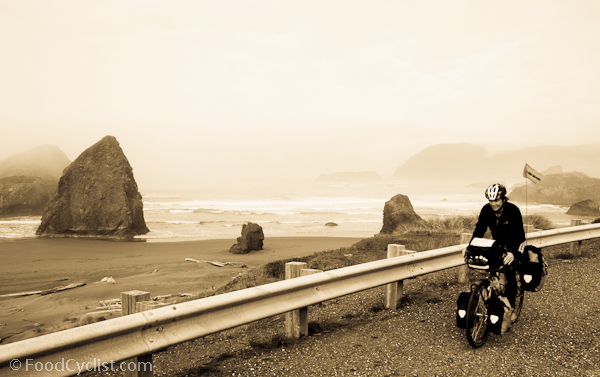 From my conversation with John Suscovich, during which he details his seven month cross-country bicycle trip, it becomes clear that he is very far from lazy. Outrageously far. In fact, he’s so un-lazy that he wouldn’t even let food poisoning from a long expired promotional energy gel pack deter him and his wife, Kate, from riding the last 40 miles of a record-breaking 110 mile stretch in Idaho. “At one point, I had to lay down on the side of the road because my stomach was hurting so bad,” he recalls, “but at the end of the day, we had big smiles on our faces after completing the milestone.”

Considering his bike weighed about 130 pounds with all his gear attached, and this was only one day-trip of many that made up the 5,500 mile trip from New York to Seattle to San Diego, I think it’s safe to say that John could better be described as “humble” than “lazy.”

We’ve all heard of people putting all their belongings in storage to do the big cross-country bike trip, but John and Kate’s journey was a bit different from your typical cycling adventure. Having recently discovered a passion for farming and slow food (and having had long-time loves for both cycling and craft beer), John and Kate decided to ditch the city life in NYC to explore farms and breweries across the country, each on their two-wheels.

John (who had been working as the lighting guy for the Howard Stearn Show and as a freelance photographer) signed up with the US WWOOFing network, entered in all the farms addresses in the appropriate states into a searchable Google Map, and hand-wrote a letter to each one along the route to ask if he could come stay on their farm for a few days. About 60% of the farms he wrote to responded, all of them with a warm and enthusiastic yes. During those seven months, John and Kate visited about 15 farmers markets, 35 breweries, and stayed on about 15 farms. They always offered to help out on each farm they stayed at as a token of their gratitude, but many of the farmers were so impressed that they had biked there, that they were encouraged to take it easy during their stay.

“The trip was as much about self-discovery as it was about discovering food and craft beer,” John reflects. In addition to bringing John and Kate, who have now been married for two years, closer than they have ever been, the experience brought two resounding truths to light for the couple:

1. We are going to hit a point very soon where we have very few farmers left in our country because they’ve all retired; We need more young farmers.
2. People need to reconnect with their food. “We used to be so attached to our food, but are now so detached and spend so little time and money on something that keeps us alive,” John notes. 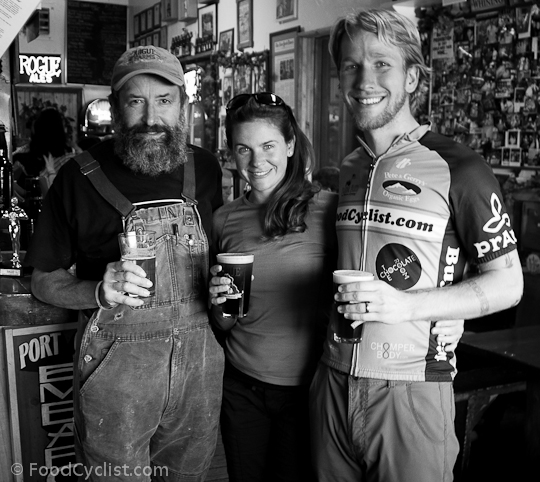 While he encourages all to explore the food system, John would advise anyone who plans to embark on a similar journey to do a bit of introspective evaluation and make sure they are doing it for the right reasons. “At the heart of it–whether you’re doing it for charity, for a cause, or to set a record–stop to think and figure out if you’re really doing it for yourself. It should be something you want to do because, whether you think it’s going to or not, it’s going to change you,” he assures.

If you’re interested in making a similar journey (or if you’re a bit more on the lazy side and would prefer to experience it vicariously through your computer screen), check out the Food Cyclist blog to read more about John and Kate’s experiences and learn about some of the incredible individuals they were fortunate enough to meet along the way. And stay tuned for more accounts of their adventures as the duo hits Europe with their bicycles next spring, WWOOFing across the continent!