Hearts in the Mix, Love’s in the Batter

Rebecca Wood is smitten with baking. I can imagine her measuring her ingredients with care, tipping out each one into a big welcoming bowl, and happily mixing these into a wonderful blend ready for the oven, her face smiling gently as she adds her final ingredient, a pinch of absolute and utter love.

Rebecca has always enjoyed a special connection with the kitchen. As a little girl, she would sit on her grandmothers’ counter-tops, assisting in the measuring of ingredients or mixing of the batter. Later, as she became more concerned about food sources for her own family, she joined a CSA through TaylOrganics and switched over to more organic and local products from the metro Atlanta area. She began to experiment with her grandmothers’ recipes, substituting shortening with coconut oil, and regular bleached flour with organic unbleached flour. She proceeded to incorporate her CSA produce in her baking, experimenting with blueberries and different preserves she had canned. During the summers, she’d go blackberry picking around Atlanta, and I am told that her first successful baking feat was a blackberry cobbler. Slowly but surely, friends and family began to take note of her baked gems.

The idea for ‘Hearts in the Mix, Love’s in the Batter‘ started about two years ago. She has always believed in supporting local and small enterprises, so she jumped at the opportunity to host an artists’ party where local artists came together to showcase their work in the hopes that they could garner some sales. At this very event, she presented a table of her favorite baked goodies. She wasn’t expecting much, but by the end of the event, her table was empty and her pocket a little heavier. So she baked some more in her home kitchen, and started to make some small sales to friends and to office colleagues. Before the next mocha poundcake could come out the oven, she was leasing time in a shared commercial kitchen and had a couple of licenses under her belt, enabling her to retail her products to local food purveyors and green markets.

You’ll see her every Thursday afternoon at the Decatur YMCA selling alongside farmers’ stalls. Being the innovative baker she is, she realized that folks can’t always get to the market, so she devised monthly contracts modeled on CSAs for customers who long for regular home-baking but just don’t have the time, and yes, skills, to make it happen. Imagine having a batch of freshly baked sourdough bread, browned butter blueberry muffins, and heart-shaped (no surprise here!) mocha cakes delivered to your door weekly! 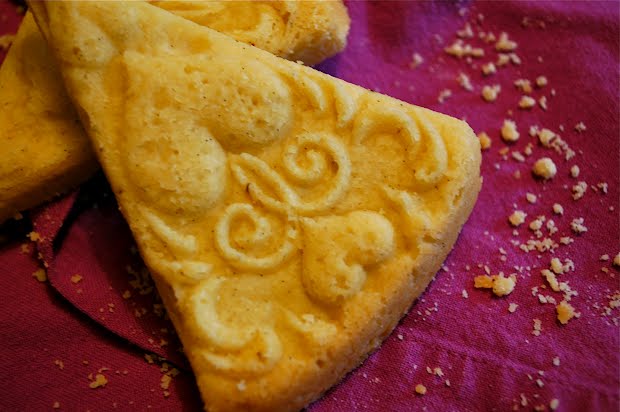 Rebecca wants to feed our spirits. She is always excited about her encounters with new and somewhat hesitant customers. They stand around her stall, not sure as to whether they want to try a sample or not, but then caving in and popping that little piece of heaven in their mouths. Love at first bite turns their faces into canvases upon which childhood memories and enlightened spirits are depicted. Rebecca gets to see this all the time. These sales feed her spirit too.

Her popular items are the coconut macadamia shortbreads, the browned butter blueberry muffins, and the mocha poundcakes, which are decadently rich and moist, with the perfect balance of sweetness from the homemade chocolate ganache. She is specializing in gluten-free products too. Anyone who has tried baked gluten-free items will know that these just don’t quite cut the grade, and this lady has a lot of baking love to share and wants to include gluten-free consumers in this ever-expanding circle. She crafts her own blend of gluten-free flour by combining brown rice, almond, tapioca and potato flours and is creating successful batches of pound cakes, brownies and shortbread using this mix. She admits that her one baking failure is biscuits, claiming that she can never get these right. I wish I could believe this… 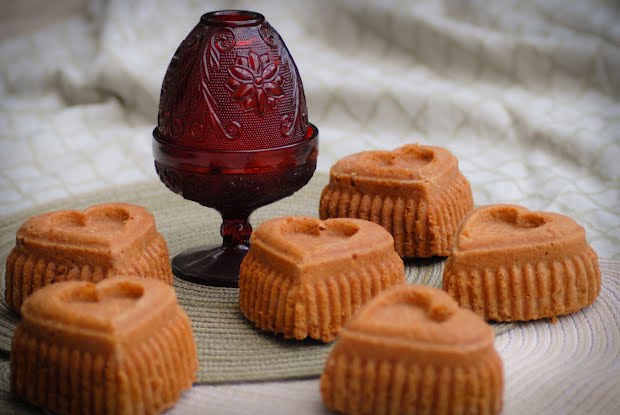 She’s a petite but formidable lady, juggling her baking business and baking classes with part-time work, two boys, a husband who is a successful blues musician, and a cat determined to cozy up on your lap. She admits that the 8pm to midnight are the magic hours of super-mode productivity. Of course, sleep tends to take a back seat. Hmmm, sounds familiar. Over the course of our conversation it is clear that despite lack of sleep, she derives her energy from baking, sharing, creating, enjoying… if you love what you do, passions fuels you. And let me reassure you… the ganache covered mocha poundcake is a miracle wonder, giving even this sleep-deprived mama a gratifying bounce in her step!

2 Responses to Hearts in the Mix, Love’s in the Batter